Congratulations to FRANK BROWN, MARCELO PRIETO and DONIZETE LEMOS from Team Sol who have broken the Paragliding World Record.

They flew 513km from Tacima in the north east of Brazil to land in Monsenhor Tabosa in the state of Ceara on Friday 9 October.

The pilots were in the air for 11h20mins after taking off at around 7am. The exact distance is still to be confirmed, and the flights will have to be ratified with the FAI for it to stand as a WR. 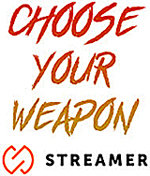